The arcaded inner courtyard of the Landhaus Graz is a masterpiece of the Italian Renaissance and one of the top 10 sights.

What a perfect place for a party! The inevitable thought if you step into the Landhaushof in Graz. Taking in the Renaissance surroundings of this inviting location immediately conjures up colourful images of people enjoying festivities. Here in the summer, flowers decorate the magnificent arcades and, at Advent, the celebrated ice nativity scene finds a perfect setting. In between, concerts, theatre and indeed all manner of festivities take place in the splendid atmosphere of the Landhaus courtyard.

A touch of Northern Italy in Herrengasse, right in the centre of Graz? In fact, the Landhaus is reminiscent of some Venice palazzo. In 1557, the Italian architect Domenico dell’Allio started to construct a prestigious building for the Styrian estates. It still is the provincial parliament of Styria.
Not only the main façade of the building is outstanding. People are especially amazed by the Renaissance-style arcaded courtyard.

In the late 15th century the Styrian estates gave up holding their diets at different castles and monasteries, and decided to erect a Landhaus in the capital of Graz. The first little "office" was extended in the 16th century by "welschen" (Italian) master builders to form the largest building complex in the historic centre of Graz. The main wing in Herrengasse and the splendid courtyard were erected in 1557 by Domenico dell'Aglio. He had come to Graz from Northern Italy as a fortress architect also supervising the reconstruction of the fortress on Schlossberg.

People often just stand and gape after entering the spacious courtyard of Landhaus for the first time. Arcades on all three floors, copper gargoyles dating from the 16th century, the bronze fountain - a Mannerist masterpiece. Not only locals know that such an ambience makes feasts, concerts, film shows, the Christmas ice crib a tremendous experience.

The interior of Landhaus is adorned by Baroque furnishings. Landstube (the session hall) is notable for its stucco ceiling by Johann Angelo Formentini with plastic figures and coats of arms, and by the porcelain stoves crowned by heraldic animals - the Austrian eagle, and the Styrian panther. In Rittersaal, the elaborate stucco ceiling shows the signs of the zodiac. Not forgetting Landhaus chapel, built in 1630/31. After the expulsion of the Protestant estates in 1629, its black and gold Jesuit-style altar, the altarpiece showing the Assumption of the Virgin, and the two statues of St. Catherine and St. Barbara symbolize the restoration of Catholicism in Landhaus.

By the way: Since 1588, so-called "Rumortafeln" (rumbling panels) fixed next to the Landhaus gateways have prohibited people in the building from rumbling, pulling out a sword, a dagger or a knife, from scuffling and fighting. They should rather be humble in their words and deeds, otherwise they will be severely punished. As these rules can be read there even today, the members of the provincial parliament holding their sessions in the building surely behave according to them... 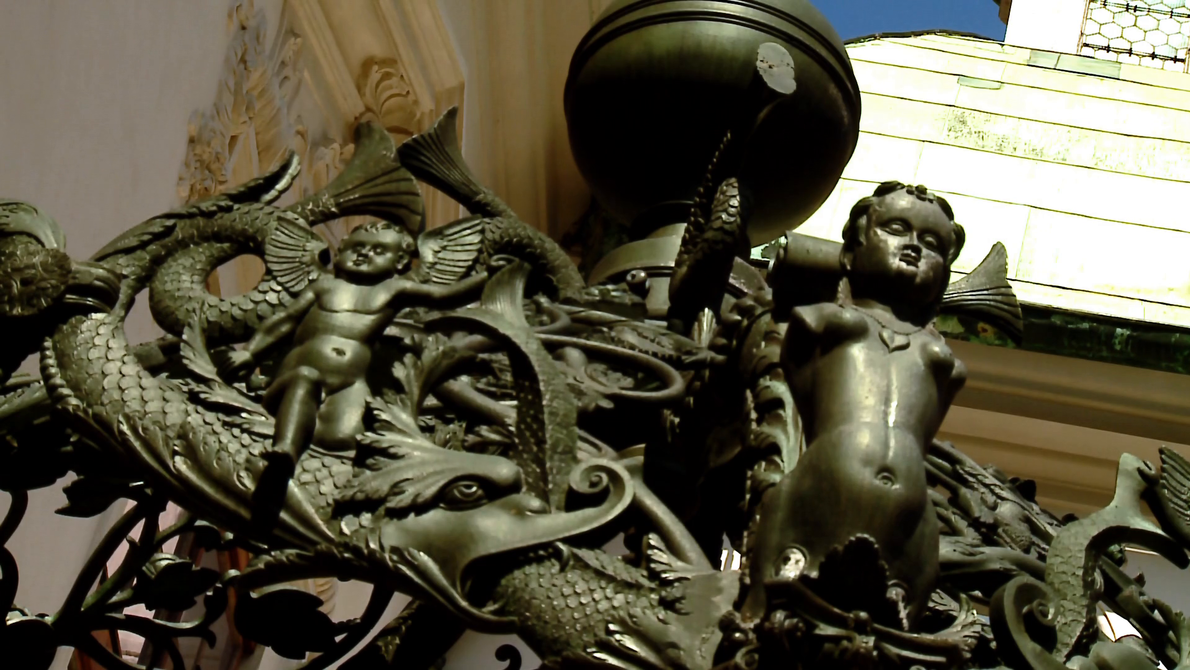