The Franciscan Monastery with its church is the oldest monastery in Graz. A visit to the cloister with its rose-covered courtyard is well worthwhile.

Cobblestones, beautiful buildings, as pretty as a picture. The Franciscan church is in one of the most beautiful and popular locations in Graz. Small, historic shops nestle against the exterior walls of this Gothic church and contribute to the square’s romantic image. Attached to the church is the Franziskanerkloster monastery, where a visit to the cloister, with its rose-covered courtyard, is well worthwhile. A place steeped in tranquillity and peace.

Apart from the Clock Tower, the tower of the Franciscan church is probably the most prominent among the traditional Graz landmarks. It belongs to the oldest monastery in town, founded in 1239 as a monastery of the Minorites. In the south-west, next to the town walls, in a strategically important position. So the stately tower, uncommon for beggar's orders, was built in the 17th century as a fortified tower on the orders of the city authorities. Adjacent to the Gothic parish church Mariae Himmelfahrt there is the monastery of the Franciscans. Atmospheric cloisters are open to everybody seeking silence in the heart of the city.

On entering the Franciscan church Mariae Himmelfahrt, visitors are often touched by the harmonious interplay of Gothic architecture and 20th-century works of art. The high, narrow 14th-century chancel stands up from the comparatively low and wide nave. The chancel was gutted by a bomb in World War II. When it was rebuilt, a new contemporary interior was made by Styrian artists. The church is bathed in spheric light by the stained glass-windows. A simple, seemingly hovering crucifix in grey cast iron dominates the chancel. Since December 2004, the latest work of contemporary art in the Franciscan church strikes a chord with church visitors - the bold organ built by the Potsdam company Schuke.

The originally Gothic cloisters enclose an idyllic monastery garden. Benches invite to have a rest. Epitaphs on the walls of the cloister inform about the names, professions and life data of the distinguished burghers and noblemen who were buried in this place between the 15th and the 18th centuries. The small and quiet Jacobean chapel in the cloister combines Gothic, Baroque and neo-Gothic elements.

On the first floor, with its windows showing into the chancel of the church, there is the oratory, where the monks meet for their canonical hours. But everybody is invited to join them for vesper. In an atmospheric room within a room, designed in 2003 by architect Lingenhöhle as a light wooden structure with small coloured glass elements.

By the way: The quarter between Franciscan monastery and Mur river is also called "calf district". There, in the 16th century, the butchers of Graz built their shambles over the river. Cattle was driven to slaughter along the monastery building. Numerous small traders settled immediately at the walls of the monastery. So one can easily imagine that the monks complained to the city authorities about "all that noise and stench"... 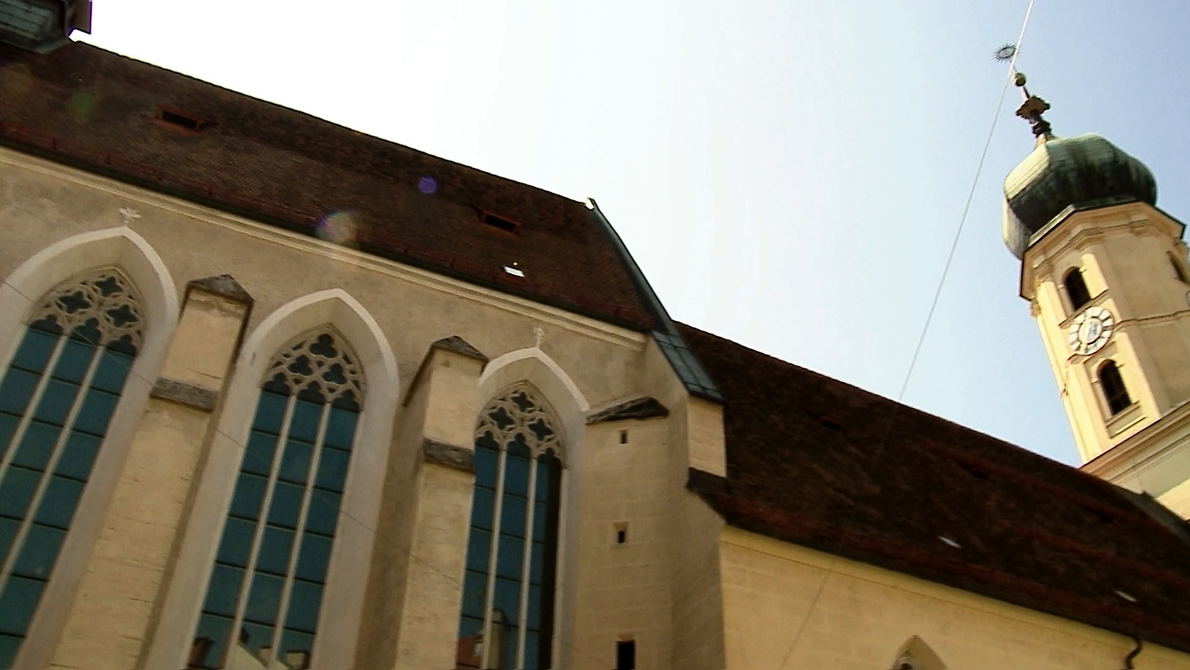