Come dance with me! The Glockenspiel in the eponymous square in Graz leads the way. A sweet maiden and hearty lad clad in traditional costume pirouette three times a day (11 am, 3 pm & 6 pm) up in the gable of the building on Glockenspielplatz square. The mechanism’s cheerful 24 bells play three different melodies. A charming, romantic show beyond compare. Enchanted and each with a spring in their step and a smile on their face, lucky viewers head off once the last note dies away.

In 1884 the spirits producer Gottfried Maurer bought a house in then "Fliegenplatzl" square. On his journeys to North Germany and Belgium the businessman got to know carillons and had one installed in his house in Graz. On Chrismas Eve in 1905, the 24 bells in the iron roof turrent chimed for the first time. In 1929 Gottfried Maurer bequeathed the carillon to the city of Graz, conditional on its continued existence. In World War II the bells stopped chiming. They were used for making arms and were renewed only in 1956.

So the Graz carillon plays its three melodies again, three times a day. But they are not always the same. As the positions of the 800 steel pins on the barrel can be changed. Five times a year you can hear new melodies. Alpine folk and yodelling songs alternate with Christmas carols and pleasant melodies by contemporary composers. But always the arcaded windows in the gable open to show a dancing couple in traditional Styrian costumes. The crowing culmination of the show is the golden cock raising his wings. It is a copy of the cock Gottfried Maurer saw on the city hall in Munich.

In his time, Gottfried Maurer was quite a smart advertising strategist. Not only the carillon lured people into his wine shop. The art-nouveau facades of the house and the adjacent building also belonging to the businessman in various subjects of the reliefs and mosaics stimulate the viewer to drink some wine. Even the dancer of the carillon raises his glass to the people.

That's just suitable for the so-called "Bermuda triangle" in which you find the carillon. Many a reveller has got lost there in one of the numerous restaurants, cafés and bars...

By the way: Since 1998 there has been a second carillon in Graz. Unlike the traditional purely mechanical carillon described above, the bells of Mariahilfer Kirche carillon on the right bank of the river Mur are computer-controlled. Moreover, the organ player can play live music on them via a keyboard. 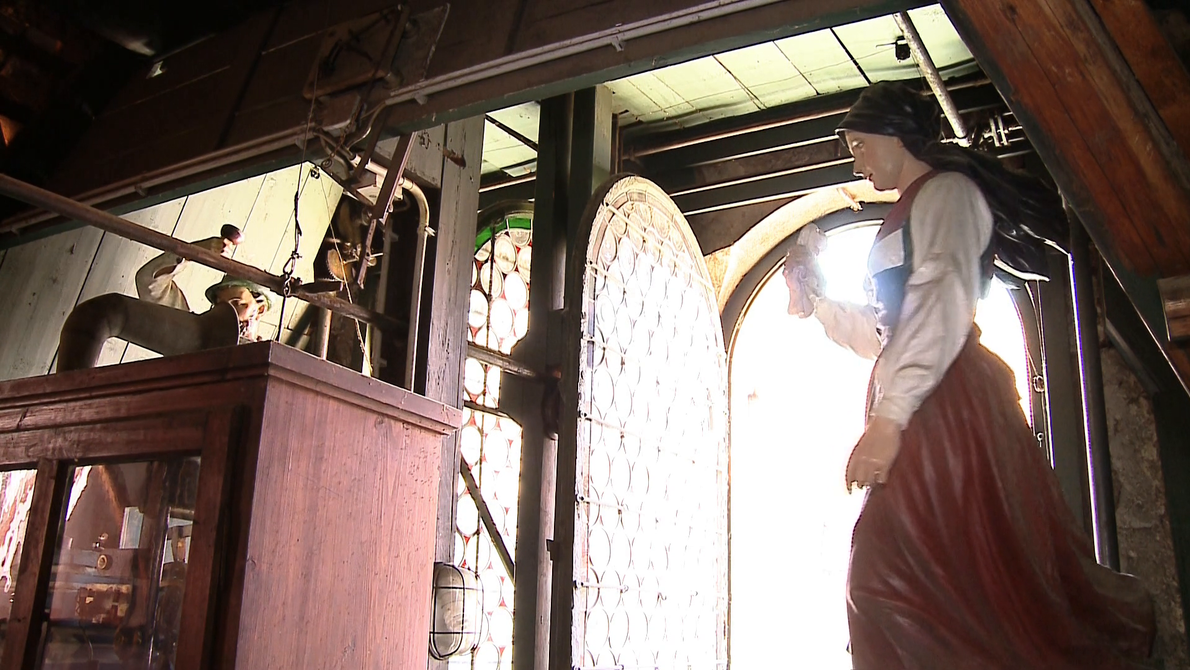